Africa and I want to keep the spirit of Thanksgiving alive by giving thanks to pass the time until Christmas comes. Feel free to play along! Make sure you let us know if you do.

Africa is thankful for her friend, Leo.

Leo is a Rhodesian Ridgeback.

He is the perfect size for Africa.

I too am thankful for friendship. I am grateful to all of our blogging pals of whom we have so much in common with. Friends make the world go around and in Africa's case, the ground shake. 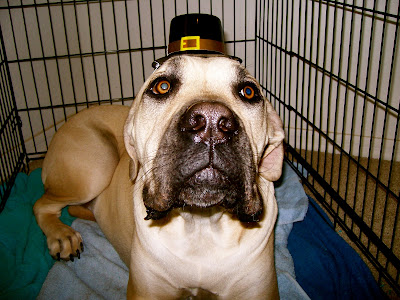 (sorry about the gender confusion Africa)
Posted by Kasha at 11:29 AM 15 comments: 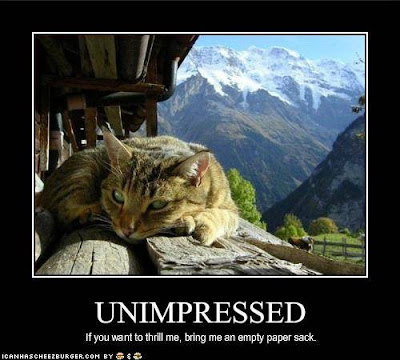 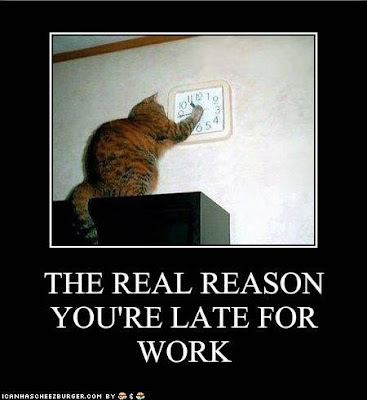 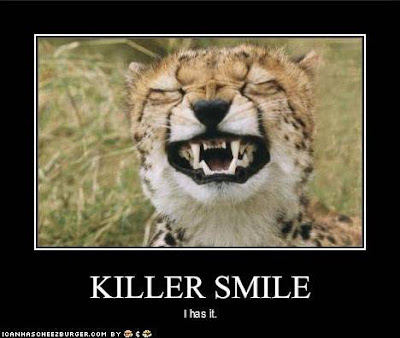 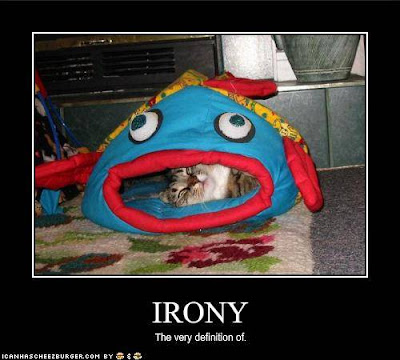 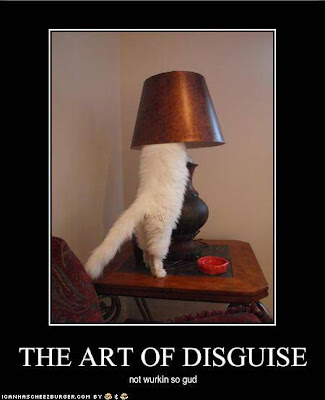 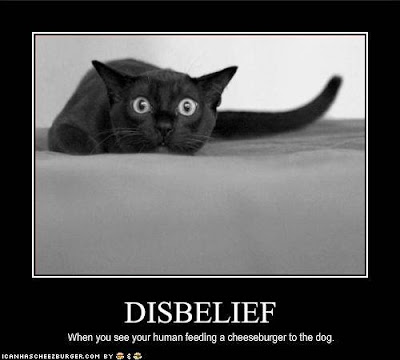 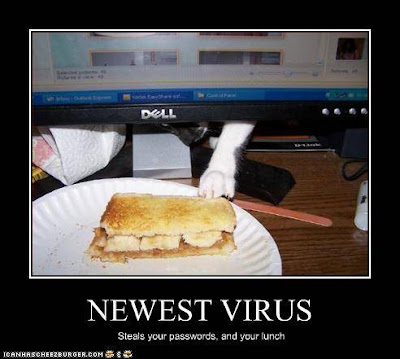 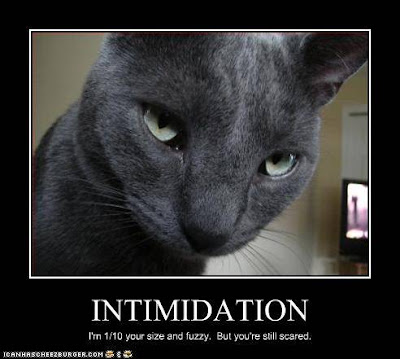 (I take no credit for these clever little things!) (I stole this from my email!)
Posted by Kasha at 6:43 PM 13 comments: 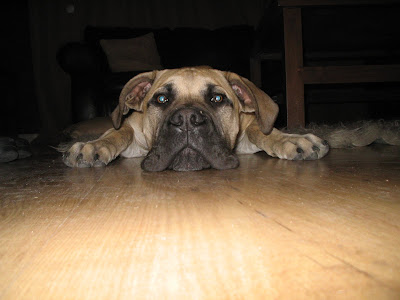 I guess you never forget those four legged friends that leave this life . Am I ever going to stop missing him? His name was Tonka. He was our first Boerboel. I confess I was nervous about getting him. I grew up in a home that never allowed any pets in the house. I was excited to have my own dog in my own house, however, when the day came to pick him up I was nervous. What was it like to have a pet of your own? We researched and pondered the perfect breed for us. We knew we wanted a large breed that was great with kids, but also a great guard dog. My husband brought him home and placed him in my arms. I was right to be nervous. It was scary to love a creature so much.

We were newly married. I found myself alone quite a bit as my husband began his quest in becoming a firefighter for his dream station. Tonka sat while I put on my makeup in the morning watching me in the mirror. He followed me from room to room never leaving my side. He would have these moments of energy where he would run and run around our tiny little condo and make us laugh. We couldn't wait to give him a bigger house with a yard to really run in. The husband took him to work with him at the wood shop every day and the two became inseparable. He was our first dog together. He was my friend and my guardian when the husband was away. On our walks if someone shared the same sidewalk he would move in front of me placing himself as a barrier between me and the stranger and sat until they moved on.

Then one day we couldn't go on walks together and there were no more bursts of energy around the condo. He started with falling down a lot and then progressed to barely being able to move. He was the pick of the litter. He gathered crowds around when we took him out because of his size and looks. Suddenly we were helping this 130 pound dog walk. We got the diagnoses that he had Wobbler's disease. We knew it would only get worse and there wasn't a cure, but we couldn't imagine not having that sweet big face every where we went.

One sad afternoon we knew he didn't want to be around anymore. There is something so humbling and awful watching my husband a stereotypical firefighter lifting his best friend into the car for the last time. With tears in our eyes we silently drove him to the vet. I am the emotional one and yet I had the be the strong one. I signed the paperwork and watched as the two came to an understanding of what was necessary. 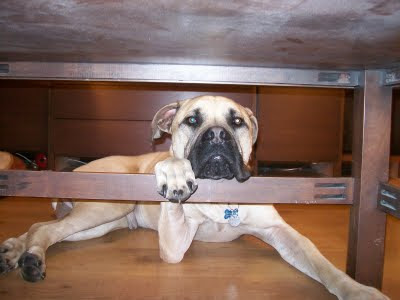 I thought it was supposed to be peaceful. We knew it was necessary, but it didn't seem right lifting this large dog to the table and having him look at us with such trust and love. We did make the right decision for him, but it wasn't peaceful. My husband, still dressed in his firefighting uniform was eye to eye with him, whispering" you are such a good dog, you are such a good boy, it's OK......." Then the tears really started to fall. This sight was new to me. Never had I loved a pet so much and never had I seen my husband so sad and not ashamed to show it.

"He is gone now, take your time to say goodbye" said the vet.

That was it. No more Tonka. At only 18 months old and larger than life he instantly became just a memory. He left a permanent paw print on our hearts, but he just barely tasted life. We have the bigger house now with the large yard and often I think of him and wonder what it would be like for him to experience this with us. I feel bad comparing Africa to him, but it is hard not to sometimes. All dogs have different personalities and his was pretty awesome. I guess we never forget. If I had to pick just one thing about him that I really do miss is the image of him sitting in the front seat of the car with the husband tall like a human as they drove off to work. It was like they were two men carpooling to work together. He would often look over at Josh and then forward again like they were having a conversation. If he could talk to us now, I think he would say 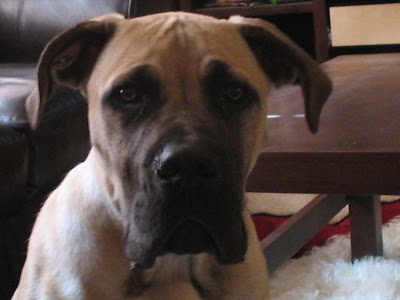 What is your favorite memory of your first pet?

Dinner For Two plus mud 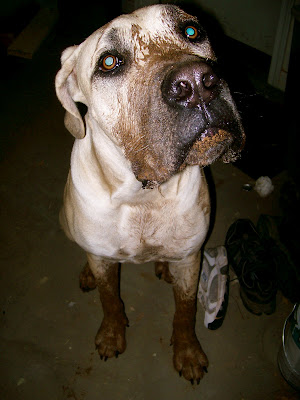 There is nothing more enjoyable to be then dinner with my husband. I love to research, plan , and prepare a meal all day. He comes home after being gone for 36 hours and what a treat it is.

Husband: "How was your day?"

Me: "Good! How was the fire station?" "Anything crazy happen?"

(In rushes Africa behind me and under the table)

Husband:" Holy crap!" (As he rushes towards Africa)

Yes, dinner with my husband is my favorite part of the day. 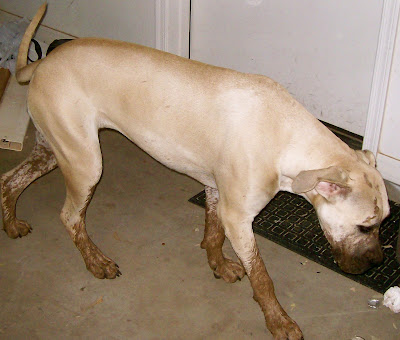