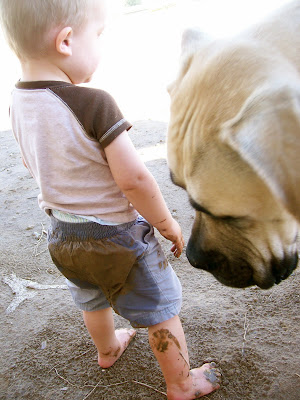 Happy Thanksgiving friends! I am grateful that this disaster was actually not my fault.

A good dog, with a sad story, and perhaps an unfortunate name Taken from my local paper www.azcentral.com

As a dog in war-torn Afghanistan, Target survived an explosion set off by a suicide bomber he had fought off, potentially saving dozens of soldiers' lives. But Target could not survive his time in the care of Pinal County's Animal Control division.

Target, brought to the San Tan Valley area southeast of Phoenix by a soldier who befriended him in Afghanistan, was accidentally euthanized Monday morning.

The dog escaped from the soldier's back yard in Arizona and was taken to the shelter. Due to the guidelines not being followed correctly, the dog was mistakenly put to sleep. For the rest of the story click on the link. In the meantime, hug your pet and hope this never happens again.
Posted by Kasha at 5:29 PM 6 comments: 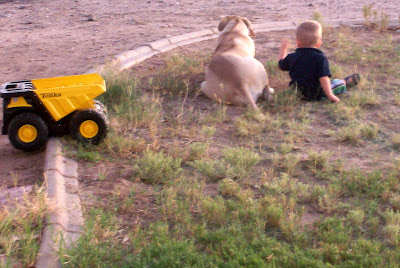 ....especially a boy. Hello everyone! We are still here, living life and loving it. Hope you are doing great. Wouldn't it be nice to not have any worries like a toddler? Just to sit with your best friend and watch the day go by? Even if you can't spend all day like this little one, at least take a moment or two to reflect. Last night was exciting and gives me hope because no matter what happens there is always hope. Hope and faith are what keep me going. How about you?

Even if you are not happy with the elections, hey it's Wednesday! You are halfway there to a wonderful weekend. Enjoy!
Posted by Kasha at 7:37 AM 13 comments: